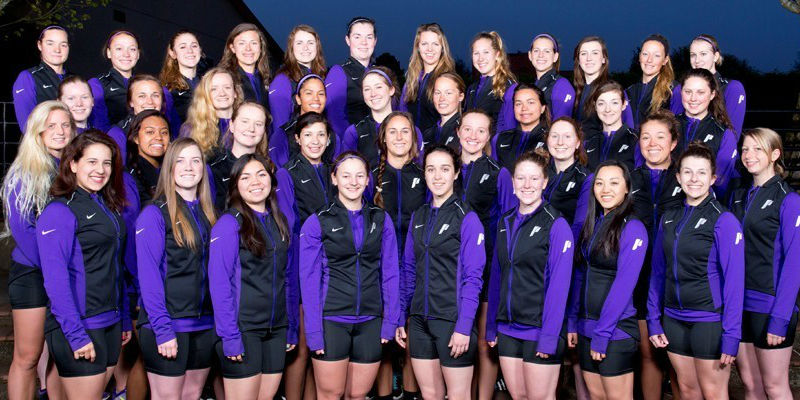 “This is first large recruiting class for UP Rowing and I am excited about the depth and quality of the incoming recruits,” Spencer said.  “We’re bringing in student-athletes who enjoyed the energy we have on the team and who we think will make an immediate impact for us.”

Griffin, a native of Victoria, B.C., has been training on the Canadian Row to Podium program as part of the Talent Identification Development program. For the past two years Griffin has trained in a single and is one of the youngest athletes in the program. At 17-years-old and fairly new on the racing scene, she has taken over 20 seconds off her best 2,000 meter time in three months and will be competing for a spot for the Junior World Championships.

“I expect Katie Griffin to have an immediate impact on our top boats,” said Spencer.  “She has an exceptional work ethic and at the same time is a humble athlete who wants to be a part of a team, which is really important to us.”

Pakszies, a native of Hambach, Germany and a member of the Limburger Club fur Wassersport since 2007, will be joining UP after training an additional year post high school graduation to train for the U-23 team. From 2008-2012, Pakszies participated in the “Youth train for the Olympics” program from 2008-2012.

“Cara Pakszies is very skilled in small boats and will do very well on our team,” added Specner. “She knows how to train and she knows how to move a boat.”

“Our team has had great success in developing athletes from other sports, and I really think Natalie Boden, Hannah Mabbott, Lauren Reid, Allison ApRoberts, Alyssa Soete, and Elinor Wilson have the potential to be superstars,” said Spencer. “They come from athletic families and have the right mindset to be terrific rowers. I’m really looking forward to working with them on our team.”

An Arizona native, Bonnell comes to Portland with the most varied experience having started as a coxswain, developed into a lightweight rower, to a growth spurt bringing her to 6′ in height and to openweight rowing.

“Jordan Bonnell is a wonderful person and truly coming into her own as a boat mover,” Spencer said. “She’s someone with a ton of potential, and I’m really looking forward to working with her and helping her achieve her goals.”

Kristjanson is from Woodinville, Wash., and is currently a novice rower at Sammamish Rowing Association.

“Lily Kristjanson just started rowing this year and quickly showed potential,” Spencer said. “She welcomes a challenge and is more than willing to work hard to be successful.”

“I think Kate Hathaway has a terrific future on our team,” Spencer added. “She’s a really hard worker and is super-motivated to be the best she can be. She’s athletic and rows well.”

Martinell, Perez and Atterbury all made immediate impacts in the varsity eight, which included a fifth-place finish at the Head of the American in 2013 and a bid to the USRowing National Championships in 2014.

“All the ERA rowers are strong, powerful rowers,” Spencer said. “They have positive energy, they love a challenge and they will make a significant impact at UP with their ‘hard work pays off’ mentality.”

Each member of Portland’s sixteen-member recruiting class will join the roster as freshmen this fall.