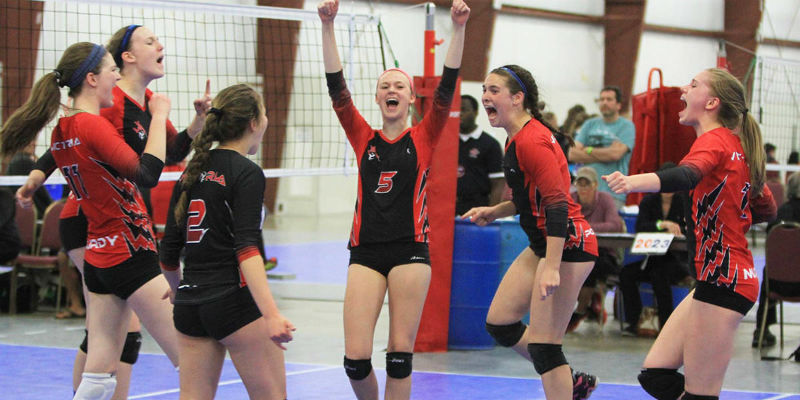 Hannah May will likely find it weird lining up across the net from longtime friend and Belmont teammate Savannah Purdy in the coming years.

May is the second Bulldogs player to verbally commit to a volleyball scholarship, hers being with the Grant MacEwan University Griffins in Edmonton starting in fall 2018.

Like fellow front court player Purdy, who will attend Canada West Conference rival Trinity Western in 2018 on a volleyball scholarship, May already has a lengthy pedigree in the sport.

This past year as a Grade 11 she was named a first team all-star at the 4A girls B.C. high school championships, won by Belmont, an honour that followed her first-team berth in 2015 when the Bulldogs won the junior provincials. May was named a provincial all-star in the U-17 club season this year with the Victoria Volleyball Association’s Team Black, which finished second in provincials and ninth at nationals.

May has also excelled at beach volleyball and last summer represented the Island at the B.C. Summer Games. This summer she has qualified to play against the semi-pros at the Vancouver Open. In 2014 she and Purdy combined to win the Western Canadian National Championships U15 gold medal together.

The choice of Grant MacEwan came after May and her family mulled over offers from Simon Fraser and several Ontario universities: Guelph, Windsor, Western, and York.