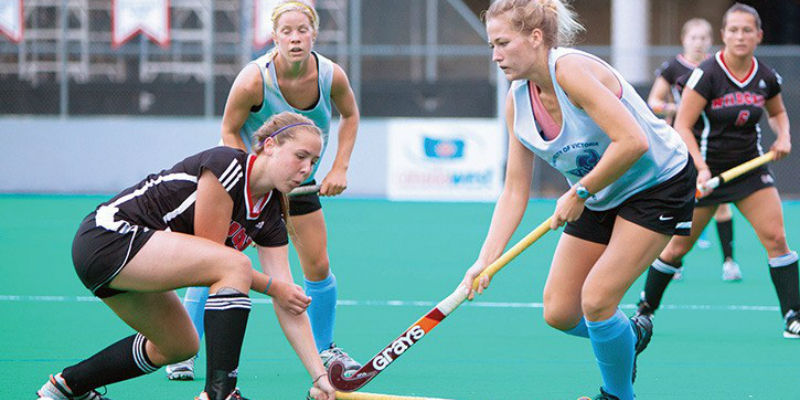 Twenty-one athletes have been named to the Canadian women’s field hockey team set to play in a four-game series with the United States February 8th-12th in San Diego, California.

The tour down south is the first trip of the year for the Women’s National Team, which re-convened for training at its centralized training environment in Vancouver, British Columbia in January.

Led by active cap leader Thea Culley (Rossland, BC) and veterans Kate Gillis (Kingston, ON) and Abigail Raye (Kelowna, BC), the touring roster consists of all sixteen women who represented Canada and won bronze at the 2015 Pan American Games in Toronto last summer.

Three athletes – Alexis de Armond (Victoria, BC), Nikki Woodcroft (Waterloo, ON), and Rowan Harris (Ottawa, ON – will make their senior international debut in the series with the U.S.

The three are coming off a tour in Chile during which the Under-21 Women’s National Team faced the Chileans seven times – winning three games – in preparation for the 2016 Junior Pan American Championships (a Junior World Cup qualifier) in March.

The Canadian women will arrive at the U.S. Olympic Training Centre in Chula Vista, California on Friday, February 5th and train for two days before playing matches on February 8th, 9th, 11th, and 12th.

Canada and the United States last met in the 2015 Pan Am Games semi-final when the Americans (ranked seventh in the world) narrowly defeated the host Canadians 3-0. The Americans went on to repeat as champion, while the Canadians beat Chile 1-0 in the bronze medal game, earning a medal at the Pan Ams for the first time since 1999.