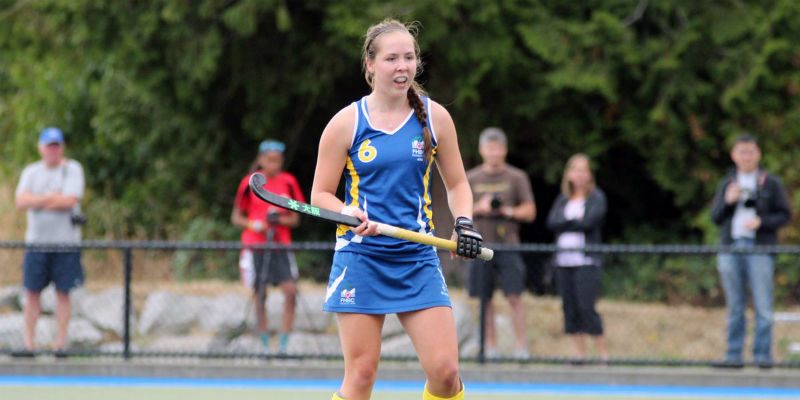 Eighteen athletes have been named to the Canadian Under-21 Women’s National Team set to compete in the Junior Women’s Pan American Championships – a 2016 Junior World Cup qualifier – from March 29th to April 10th in Trinidad and Tobago.

The top two finishers at the tournament will earn a spot at the 2016 Junior Women’s World Cup to be played in Chile from November 23rd to December 4th this year.

The Canadian team features a mix of athletes from across the country, including athletes who have senior international experience such as Priya Randhawa (Surrey, BC) and Lauren Logush (Richmond Hill, ON), as well as Under-18 provincial champions.

The women are coming off a seven game test series in Chile – during which they won three and lost four games – in preparation for the Junior World Cup qualifier in March.

At the Junior Pan Ams, Canada plays in Pool B with Bermuda, Mexico, host Trinidad and Tobago, the United States and Venezuela. Canada will play each team in its pool once and the top four teams in each pool will advance to the quarter-finals.

Follow Field Hockey Canada on Twitter and fieldhockey.ca, as well as the Pan American Hockey Federation channels for tournament updates.