CSS Athletes May and Mutch Perfect in B.C. Girls Volleyball 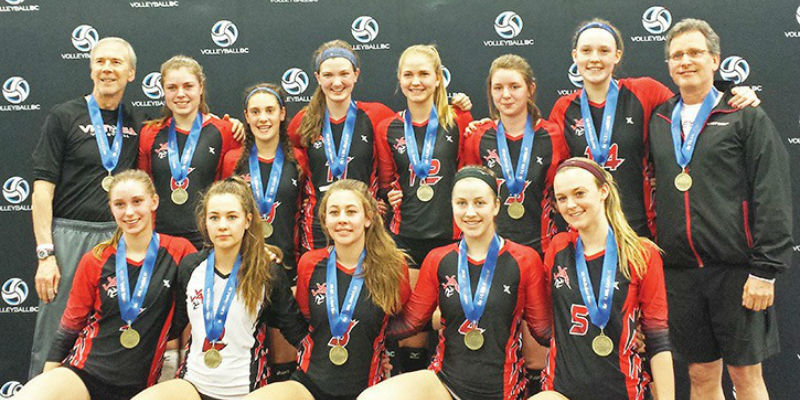 When you win three championships in a row the word “dynasty” comes to mind, and that’s exactly the legacy the Victoria Charges have developed.

Last weekend in Abbotsford, the chargers won the Under 16 girls title at the B.C Volleyball Championships, making it the third provincial title in a row for the squad from Victoria

The three-peat came after a thrilling 25-18, 27-25 win over Team Academy Black from White Rock in the Gold-medal match. The victory capped off an undefeated weekend for the Chargers, which included a 25-18, 25-23 victory over the Coquitlam Ducks in the semifinals.