Brendan Hoff – Taking it to the Next Level 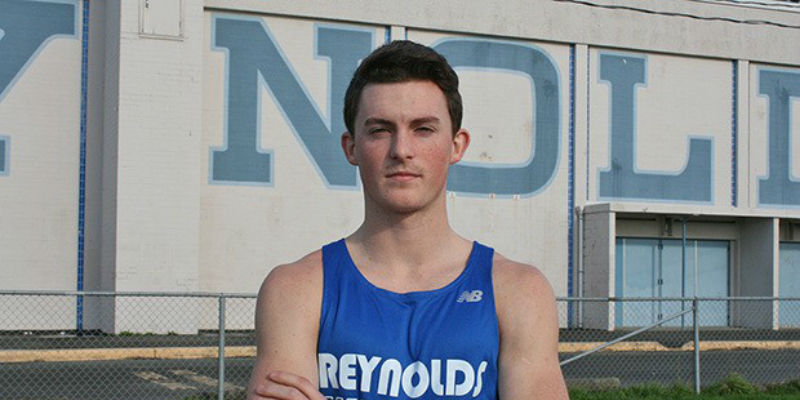 Campbell River’s long distance running phenom Brendan Hoff will be training with top
Canadian junior athletes in Victoria.
When you’re as talented a long distance runner as Brendan Hoff is, you attract a lot of
attention. And in Hoff’s case he’s attracted the eyes of Sport Canada.
Last week Hoff left Campbell River to join 30 other elite athletes at the Pacific Canadian
Sports Institute (CSI) in Victoria. This is an invitation only from BC Athletics and Sport
Canada to attend the Institute. There are six regional (Atlantic, Montreal, Ontario,
Manitoba, Saskatchewan, Pacific) Institutes across Canada, housing some of the best
junior high performance athletes in the nation.
While at CSI, Hoff, who is only one of two track and field athletes invited, will be
training for half a day and then attend Grade 11 at Reynolds Secondary School for the
other half day.
Hoff will be training under the guidance of UVic Vikes coach Heather Hennigan, one of
the top long distance running coaches in Canada.
Hoff said the invite to attend CSI came last year and it’s been on his mind ever since.
“It’s a big move and we’ve (Hoff and his parents, Terry and Kim) thought a lot about it,”
said Hoff. “I had offers from (Canadian) Olympic athletes to work with me as coaches.
But in the end this was probably the best option for me -to receive high level coaching
and get to go to school. “I’m very excited, this is such a great opportunity to try and take
it to the next level.”
There’s no doubt about it Hoff is among the elite when it comes to junior athletes in
Canada. In just the past two years alone Hoff’s accomplishments are incredible -2013
2,000m Outdoor Canadian Champion, 2013 BC High School Cross Country Junior
Champion, 2013, 2014 1,500m and 3,000m BC High School Junior Champion, 2014
3,000m Indoor Canadian Champion, plus in 2014 he represented Team Canada at the
Youth Olympic Trials in Florida.
“That (Youth Olympic Trails) was a huge experience, running for Team Canada really
inspired me,” said Hoff, who will be living in Victoria with his dad Terry.
“My goals right now are to run a four minute mile this year, and in the future attend a
NCAA Division 1 university and run for Team Canada at the World Youth
Championships in Columbia next year.”
Pretty lofty goals, but for a young man who knows how to cross the finish line in first,
you can bet on Hoff to see his dream fulfilled.