Erin Mutch Named by Volleyball BC to 2017 Canada Summer Games 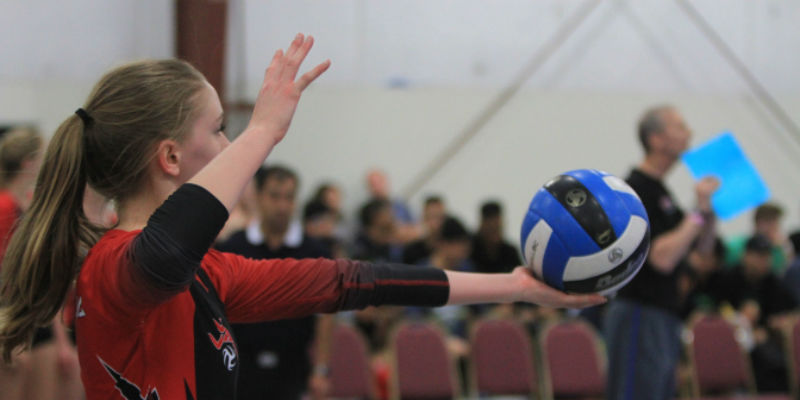 BURNABY (April 5, 2017) Volleyball BC has concluded its tryout process for the upcoming Canada Summer Games, a high level multi-sport event held every four years in our country. This summer marks the 50th anniversary of the Games and the event will be held in Winnipeg, Manitoba from July 28th to August 13th. Historically, this high performance athletic showcase has been used as a stepping stone to other big international competitions like the Pan American and Olympic Games. In order to qualify for the Team BC indoor volleyball team the players must be 18 years of age and under as of December 31, 2017 (Year of Birth: 1999 or later).

Ashley Shannik is in charge of the women’s team and the head coach is expecting another strong showing at the Games for Team BC.

“This group would be considered to be very young for a competition like the Canada Games with the overwhelming majority of our athletes being 17u in an 18u competition. The 18u athletes who have earned their spot on the team are already very accomplished and experienced. We will look to them to provide a lot of leadership throughout the duration of training and competition,” Shannik stated. “We will be strong defensively and aggressive offensively when we are out of system. As we progress throughout training and come together as a team I would expect this year’s Team BC to be fast paced, full of energy, extremely competitive and lastly tenacious, with a never quit attitude.”

On the men’s side, Brad Hudson is the head coach and he looks forward to the challenge of getting his group ready for some stiff competition.

“It is a privilege to coach this team. The opportunity to play for something more than ourselves cannot be undervalued. The responsibility of representing our families, our friends, our teammates, and our communities is one that I don’t take lightly and I look forward to the challenge,” Hudson said. “This group possesses tremendous character. There is an underlying selflessness that will allow us to play a balanced brand offensively and systematic defensively. I expect this group will compete exceptionally hard in training and in competition. Whatever level of success we achieve I am quite certain it will be well earned.”

Teams: At the 2017 Summer Games each province or territory can field one male team and one female team. Teams are comprised of 12 athletes, two coaches, and a manager.
Must be 18 years of age and under as of December 31, 2017
Year of Birth: 1999 or later

Events: Preliminary Competitions: Round Robin, Two Pools Rules of play are those of the Volleyball Canada. Seeding is based on the results of the indoor volleyball results at the 2013 Canada Summer Games. The two pools which will be established and will be seeded based on the serpentine system as follows:

Each team will play one match against all the other teams in its pool. The win goes to the team which has won three (3) sets out of five (5). A maximum of 3 teams from each pool will advance to the championship round. Those teams who do not advance into the Championship Round will play in the Consolation round.

Team BC Results at the last Canada Games 2013 : In Sherbrooke, Quebec Team both teams reached the podium. The women finished second with a silver medal after losing to Alberta in the final, while the men ended up third behind Alberta and Quebec.

About the 2017 Canada Summer Games:
Winnipeg, Manitoba will host the Canada Summer Games July 28 – August 13, 2017. Featuring 16 sports, over 250 events and a major cultural festival, the 2017 Canada Games will welcome over 4,000 athletes and coaches and more than 20,000 visitors. Celebrating the Games’ 50th anniversary and Canada’s 150th birthday, the Canada Games are this country’s largest multisport event for young athletes. They will leave a lasting legacy of new and enhanced sport facilities, volunteer and leadership development that will benefit athletes and the broader community for years to come. This event has been made possible in part by the Government of Canada, Province of Manitoba and City of Winnipeg.