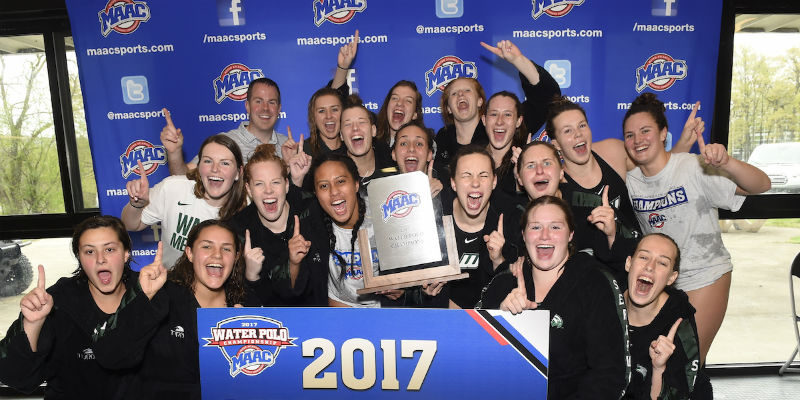 In joining the 2012 Seahawk football team (31-20 win over Colgate) as the only Wagner squads to ever win an NCAA playoff game, the Green & White travels to Indianapolis, IN to face top-seeded UCLA on Friday, May 12 at 12:00 pm in the first round of the NCAA Championship.

MAAC Co-Offensive Player of the Year Kimberly Watson (Pointe-Claire, Quebec / John Rennie) fired the go-ahead goal for Wagner with one minute remaining in the third stanza. In addition to her lone goal on the day, Watson won three sprints and collected a team-high four steals.

The remainder of the game was an even matchup with each team notching just one goal apiece in the second quarter. Hardy rattled the cage with her second strike before UCSD’s Lani Tittle countered with a goal for the Tritons.

Entering the second half with a 3-2 lead, UC San Diego took over with back-to-back markers. However, freshman Franciska Milo-Sidlo (Budapest, Hungary / Pasareti Gimnazium) and Watson countered with two unanswered tallies to move into the final stanza with a 5-4 lead.

With the win, seniors Emily Riddle, Gabryel Oloapu, and Amanda Sutherland tie the Class of 2016 for the winningest class in Wagner program history with 105 total victories.