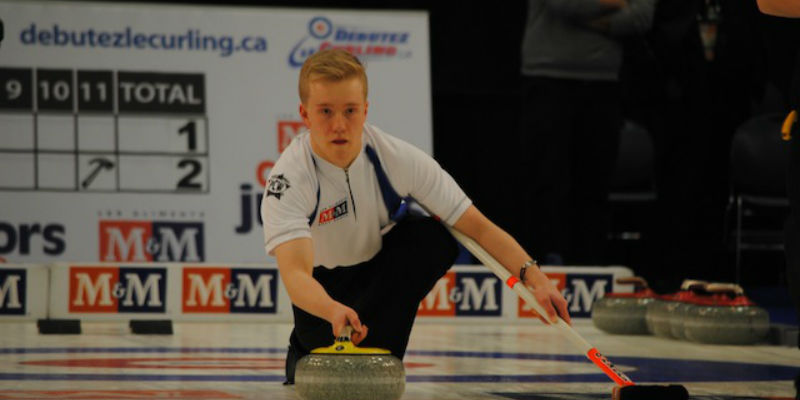 Seventeen-year-old Tardi has represented BC at the Canada Winter Games and has two BC Mixed Doubles titles under his belt, but this is his first BC Junior title. His Langley Curling Club/Royal City Curling Club rink of third Daniel Wenzek, second Jordan Tardi, lead Nicholas Meister, fifth Sterling Middleton and coach Paul Tardi, headed into the finals undefeated.

Matthew McCrady’s Royal City rink, all aged 16, played a great game. But a well-placed Tardi guard in the seventh end forced McCrady to attempt a complicated shot, giving Team Tardi a steal of three and setting the stage for Tardi’s win.

The event at Kamloops Curling Club started on Tuesday, December 29. The junior women’s and junior men’s finals aired on Sportsnet.

About Curl BC
Curl BC is the provincial sport governing body responsible for the development, promotion and organization of curling in British Columbia. Curl BC is also responsible for the championship system that declares provincial representation at National events. In cooperation with its Members, Curl BC provides services to both competitive and recreational curlers, including a variety of adaptive groups.