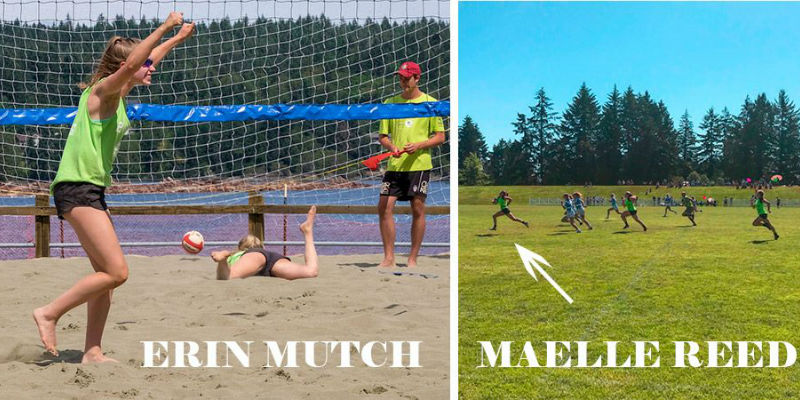 They said they have been inspired by many people during the games. “Everyone here inspires us because everyone who takes the time to train for this is amazing,” said Erin.

Up next for the team is a trip down to Seaside, Oregon to compete in beach volleyball for Team BC. After that, they both are off to university where they will continue to play volleyball at the university level. Erin will be attending Thompson Rivers University and plans to study Psychology. Savannah is attending Trinity Western and plans to also study psychology. They both emphasized their excitement at being able to continue playing volleyball at university. “It’s exciting to keep developing because we both love the sport,” said Erin, while Savannah nodded in agreement.