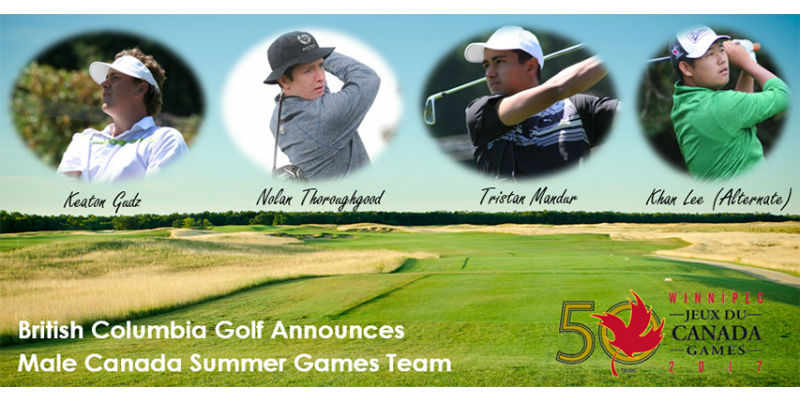 Canada is celebrating its 150th Birthday this year and with that the Canada Games will hold its 50th edition with the Summer Games in Winnipeg from July 28th to August 13th.

Featuring 16 sports and over 250 events, combined with a major cultural festival, the 2017 Canada Summer Games will bring together exceptional athletes and artists from coast to coast to celebrate the occasion.

One of those sports is of course, Golf, and when it comes to competing in the Canada Summer Games, few provinces can boast the results in any discipline quite like BC can when it comes to golf.

In 2009 (the first year golf was played as a sport in the Summer Games) and 2013 the representatives from British Columbia took home every gold medal available, in individual and team competitions for both males and females.

With the announcement of the male version of their golf squad this year, the coaches and managers of BC’s Summer Games Team look to put together the first component of maintaining that unblemished record.

The team was chosen by a British Columbia Golf selection committe of 7 members following several provincial selection camps. The female golf team will be announced in early July.

This year’s male golf team is comprised of: Coach Matt Cella, the director of instruction at Olympic View Golf Club in Victoria will be in charge of the team along with help from volunteer manager, Richmond’s Christine Wong, a two-time B.C. Women’s Amateur champion and herself a member of the 2009 gold medal-winning female team from BC.

CLICK HERE for more information on the Golf at The Canada Summer Games.