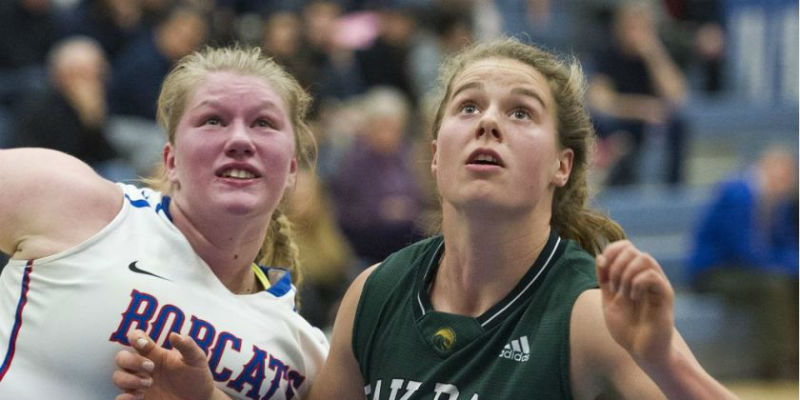 Oak Bay High’s senior girls basketball team boasts a perfect record heading into playoffs, but the players are not taking anything for granted.

Oak Bay is undefeated through league play and won all three tournaments this season, giving them a No. 1 ranking with the city championships on the horizon, says coach Rob Kinnear.

“I think we definitely have a good chance,” Kinnear says, but adds, “we’ve upset teams in years past and we’ve been upset.”

With four Grade 12s, led by third-year team members Sophie de Goede and Imogen White, five Grade 11s and a talented Grade 9 international student from Spain, the team has good leadership along with a promising core of returning players for next year, Kinnear says.

Despite their success, the “athletic, talented group of girls” continues to work hard, keeping a collective eye on the ball – and B.C.s

“I think with this group, for all the success they’ve had, they’re still playing like they’re the underdog,” Kinnear says.

It’s rare, he adds, “but I think that’s why they’ve accomplished what they have.”

The Islands follow the city championships, with teams vying for two berths to provincials. A wildcard spot will also be up for grabs, Kinnear says.

As a young team last year, they had the experience of going through the Islands before finishing third at the B.C. championships, and they bring that experience forward.

Here in Greater Victoria, a talented Claremont team likely poses their biggest competition, with a friendly rivalry and friendships growing between the teams over the years, Kinnear says. Up Island, Nanaimo’s Dover Bay also boasts a formidable program.