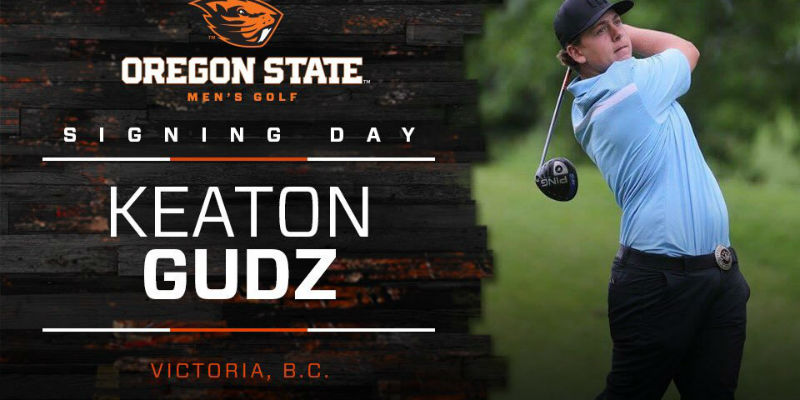 “Each of them has a passion and love to play the game of golf.” Reehoorn said. “Their passion to be great shows up when they compete, because neither has a ‘perfect golf swing.’ They simply want to win.”

“Keaton has shown great growth and maturity in his game over the last six to 12 months. At a young age he displayed a fearless approach to playing the game and ability to win events like the BC Junior at the age of 15. Those skills are now being matched with a bit of maturity resulting in consistent scores and top 10 finishes each time out.

“In 17 competitive rounds this summer, he hasn’t shot higher than 74. He’s put himself in contention several times and this experience will help prepare him for the next step.”

“Spencer’s record speaks for itself. He wins and he does it often. Attracting the best player in Oregon to our program is always the goal. While his home is Vancouver, Spencer has grown up playing OGA events and represented the state of Oregon numerous times in the Junior Americas Cup and Eddie Hogan Cup.

“Spencer is mentally the best junior golfer I’ve seen. No matter whether he feels his game is good or bad, he always finds his way to the top of the leaderboard. His will to win is unmatched.”

OREGON STATE ATHLETICS’ EVERYDAY CHAMPIONS CULTURE
Through the power of sport, we help people discover and pursue their passions, talents and purpose in order to live a life of balance and positive contribution.