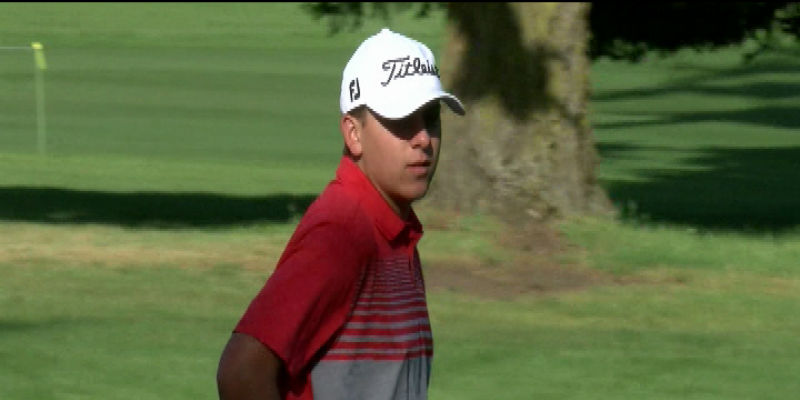 The 2017 Bayview Place Cardtronics Open will feature some of the best local talent the island has to offer, one of those individuals, hasn’t even graduated high school yet. Tyler Bennett explains.

18-year-old Keaton Gudz fell in love with golf when he was still a toddler.

“When I was young, really young, probably when I was three years old, my parents, they both played golf, my grandparents as well, so I would just go on the cart and just whack a ball around and that’s how I got introduced to the sport.”

Keaton’s game grew as fast as he did, and now finds himself in the 2017 Bayview Place Cardtronics Open while still enrolled at Spectrum High School.

“I played at the Vikes Performance Tour Series, and I ended up winning the first four [events] and that kinda solidified my spot into this event. I’m really happy to play this week, I’ll be playing against players that I’ll see in University so yeah it’ll be a nice test for my game.”

Keaton is one of a handful of young locals to descend on the Uplands Golf Course this week, and he’ll be playing with fellow Royal Colwood golfer Nolan Thoroughgood, who last year won the amateur BC golf championship at just 15 years old. Both Keaton and Nolan say the two will feed off each other on the course.

“It’s awesome to have Keaton around he’s one of my good friends and we get to play together a lot and just playing against someone who is the same skill level as me, someone who was quite a bit better than me has made me push to get to that next level, and we have battles and that’s how you get better, right?”

“I’ve known him for a lot of years and we’re both members at Royal Colwood, so we always push each other in competition so it’s going to be great to get a buddy out here.”

The Grade 12 student is experiencing playing with the pros for the first time, and while it’s an opportunity to put himself on the map, it’s also an opportunity to learn from some of the best in the Mackenzie Tour.

“It’s great, I played a couple practice rounds now with some great golf pros, and I feel like I fit in and it’s really nice to talk to them and stuff. My goal would be to make the cut, I feel like that’s a goal that’s reachable for me.”

Regardless of the outcome, Keaton is one of many young stars developing on the island, and this week both he and Thoroughgood will provide a glimpse into the future for what’s to come for island golfers.