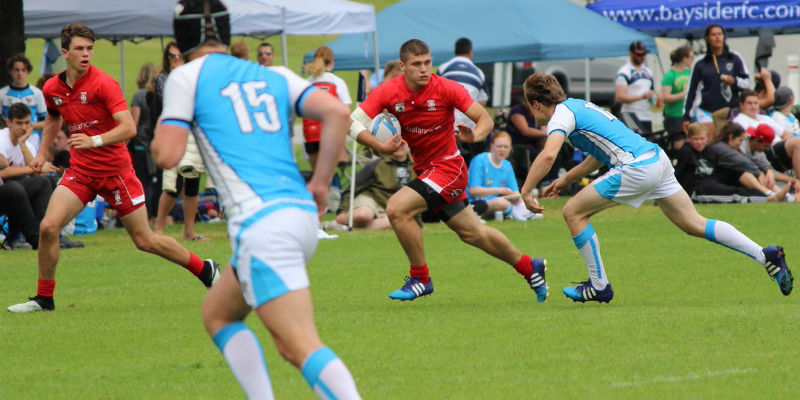 BC Rugby has entered eight representative teams to compete in the Las Vegas Invitational (LVI) tournament this Thursday March 2nd to Saturday March 4th. After winning 4 Cup victories at this tournament last year, the teams are hoping to repeat their success this week. This tournament will be an amazing opportunity to showcase the rugby talent in BC and to provide BC players with high-level competition.

For the men, we will be looking to progress from last year’s semi-final berth in the Aces division in Las Vegas. It’s very much a brand new squad but we’ve found some very talented players from Kelowna to the Island that will all be looking to impress for higher honours. Aaron McLelland will be the marshal on the field and we also can’t wait to see what Jeff Lohse from Kelowna can do at this level on a 7s field.”

Darcy Patterson, Head Coach for the Elite Girls 7s program shares similar enthusiasm, “I’m thrilled to see how our teams perform and gel in Vegas as this is our buildup to the National Competition. We are looking to continue with the success of last year but know that hard work from every member of our group will get us there.

It will be exciting to see how our U16s do as this is the future of our program. They have a fantastic coach in Mandy Marchak whom we are very lucky to have.

This year we have a mix of veterans and new players so it will be a great experience for everyone – especially for the new players who will be exposed to this unique competitive environment for the first time.”

BC Rugby will be post the results from the tournament early next week. Everyone is encouraged to check the BC Rugby Twitter page for updates throughout the event.

About the Las Vegas Invitational Tournament

The Las Vegas Invitational — the largest rugby tournament in North America — will take place March 2 – 4, 2017 and will be played alongside the USA Sevens international rugby tournament held annually in Las Vegas. The LVI is considered the premier amateur rugby event in the United States, featuring athletes and match-ups across a wide-range of rugby divisions and age groups.