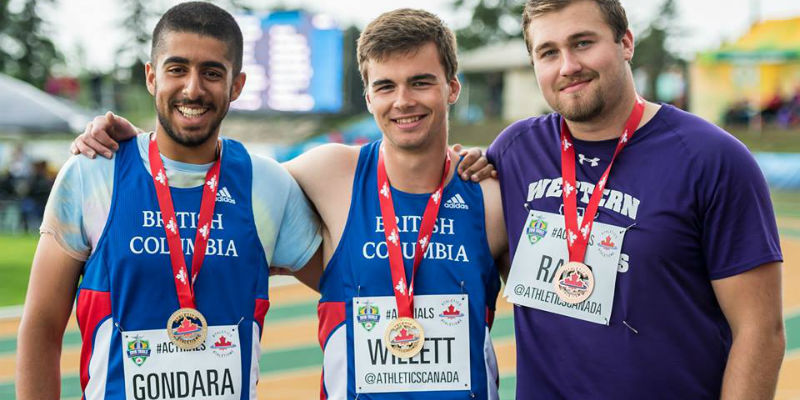 “I’ve learned so much from my dad, mainly to be patient and calm and not to get stressed, if things don’t go my way,” said the younger Willett, a Mount Douglas Secondary graduate and University of Victoria microbiology major.

“It helps you survive all the ups and downs.”

“My ultimate goal is the Olympics and world championships. I’ll see if I can get there.”

He seems to be on the right pathway, having also won gold two years ago at the 2015 Western Canada Summer Games in Wood Buffalo, Alta.

The Games began their 2017 edition last weekend and run for two weeks. The first two medalists for B.C. at the 2017 Games were triathletes Desirae Ridenour of Cowichan Bay and Hannah Henry of Victoria with gold and silver, respectively, on Monday. Bryden Hattie and Ryan Grover from Victoria Boardworks also won silver in men’s three-metre synchronized diving and Hattie followed that up Tuesday with silver in one-meter springboard while Boardworks teammate Coral Strugnall captured bronze in three-meter women’s.