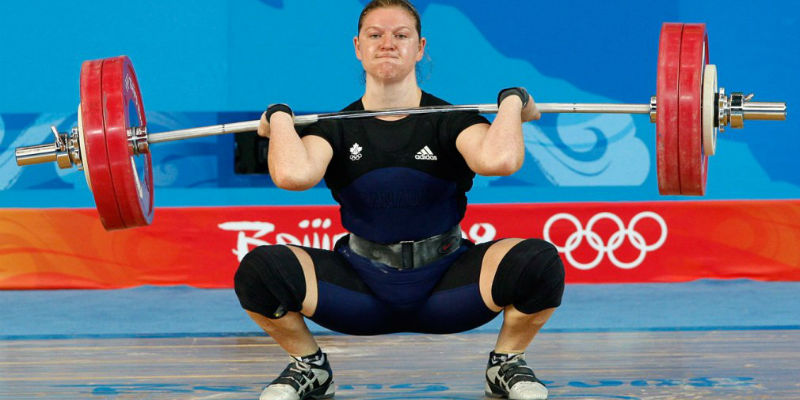 Jeane Lassen competes in the women’s 75kg weightlifting final at the Beijing 2008 Summer Olympics. She originally finished eighth, but has since been bumped up to fifth place. (Paul Chiasson/CP)

Yukon’s Jeane Lassen says she was “pretty proud” to finish in eighth place in the women’s 75-kilogram weightlifting at the Beijing Games in 2008.

Since then, her pride has been boosted further as she’s moved up in the rankings — she’s now fifth in the books.

Three women, who originally finished ahead of Lassen, have all been disqualified in recent months after testing positive for doping. The latest was the gold medallist Cao Lei of China, who was stripped of her medal this week by the International Olympic Committee.

styukhina and Iryna Kulesha of Belarus were removed from the event standings last year.

Lassen says it’s bittersweet for her — she’s moved up, but years after the fact.

“It is a hard thing to accept because had I been fifth on the day of the competition, I would have had access to ‘Own the Podium’ funding,” she said.

Lassen says that funding — available to athletes considered to have a shot at a future medal — could have helped pay for physiotherapy and other training support services after the 2008 games.

“Maybe my back wouldn’t be in such rough shape,” she said.

Still, Lassen is excited to have a stronger showing now in the Olympic record books and happy to have earned it fair and square.

“It does show that doing the right thing and following the rules — even if it’s not recognized immediately — it’s the long game. It will pay off in the end.”