Erin Attwell on Road to Success 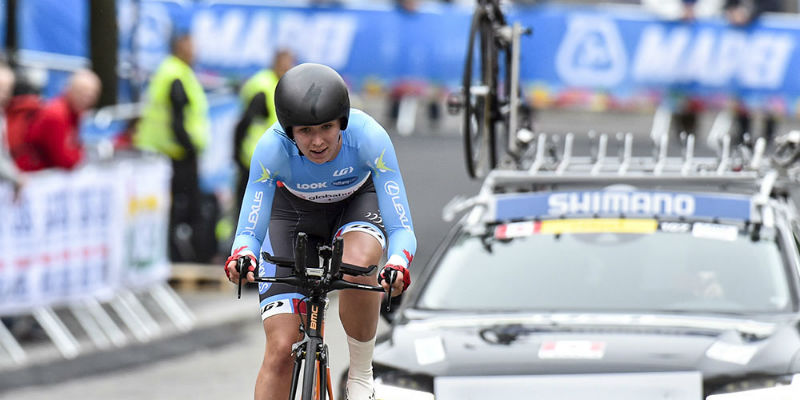 But she proved Tuesday she can pedal on asphalt as well, placing in the top-20 of the junior women’s individual time trial at the 2017 UCI world road cycling championships in Bergen, Norway.

The Islander is the Canadian junior road race champion and also top-10 at the world junior championships in track pursuit, so she leaves herself two options as she looks ahead in the sport.

Top Canadian on Tuesday at the road worlds was national junior women’s time trial champion Laurie Jussaume of Contrecoeur, Que., in 19th place with Attwell finishing one spot behind.

The two will take what they learned in the time trial and apply it to the junior women’s road race later in the week at the world championships in Bergen.

“This circuit has some features that our junior women are not used to seeing at races in North America, like technical descents with challenging corners and cobblestone sections,” said Canadian junior national women’s coach Pascal Choquette, in a statement.

“The girls delivered an honest effort. We know now where they will need to pay attention during the road race, where strategy and positioning will play a big role.”

Attwell graduated Grade 12 last spring from the Canadian Sports School in Victoria, where elite young athletes spend the afternoons in both academic and physical training, following mornings at their respective high schools, which in Attwell’s case was the Maria Montessori Academy.

Attwell plans on centralizing with the national track at the Canadian track cycling centre in Milton, Ont.

“My goal is the Olympics in track cycling,” she said, upon graduating from the Canadian Sports School, which is operated by Canadian Sports Institute-Pacific and School District 62, on the PISE campus on Interurban Road.