Dillon Morrison Gets Back in the Saddle 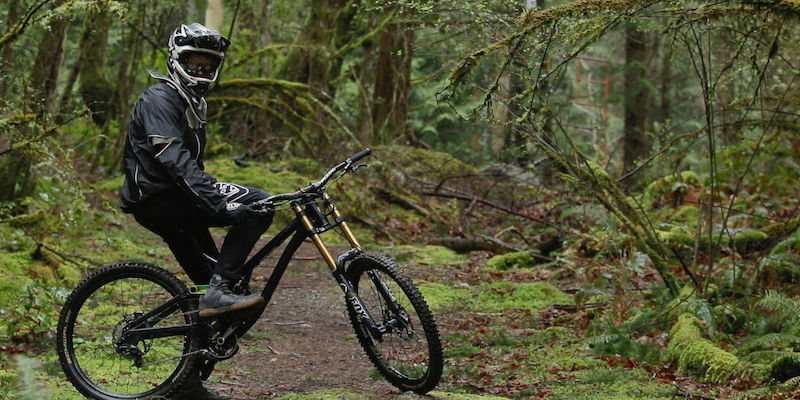 Morrison, 16, was shooting video and photos with Decline Magazine in March when he hit a jump and injured both wrists.

“I had built this jump, and the day we were shooting it was wet. Before I hit the lip, the bike bogged down but I went for it anyway and as soon as I left the jump I knew it wasn’t right,” he explained.

“At one point I had casts on both hands which was just awful,” he laughed.

“Thankfully my plastic surgeon was so great and she made sure I was totally on the right track with my recovery,” he said.

It was a total of three months that Morrison spent off his bike. His last cast was removed June 26. That amount of time, he said, was hard to swallow as it was in the midst of training season for the summer downhill competitions.

Morrison was accepted to Victoria’s Canadian Sport School at the Pacific Institute of Sports Excellence (PISE) last spring and started training in September of last year.

The sport school, which is an initiative of the Canadian Sport Institute in partnership with PacficSport, helps secondary school aged students balance their educational and training demands by giving school credits in subjects like physical education and planning for their training and education in sport.

“Even though I kept up my training at PISE on my lower body, it was really hard not being outside on the bike.

“There were some low times for sure. Three months off the bike is a long time when you’re used to being out there every day,” Morrison said.

Despite the setback, Morrison received the Althlete of the Month Award from PISE and was also given the Positivity Award for the year.

“Even though I’m behind and I’ve missed a ton of training and a couple of the races, I’m still planning to compete in the remaining B.C. Cup races and the Canadian Open Downhill at Crankworx in Whistler in the first week of August,” he explained.

Morrison’s mother, Monica, said his story is a positive one for others in the downhill mountain biking world.

“Injuries happen, and stories like Dillon’s can encourage others to keep positive and strong and follow their dreams,” she said.

Morrison will return in September to Parkland Secondary and PISE and plans to continue his training and get in a full season next year.

“This year will be a big building season and hopefully next year I’ll see the results of that,” he said.