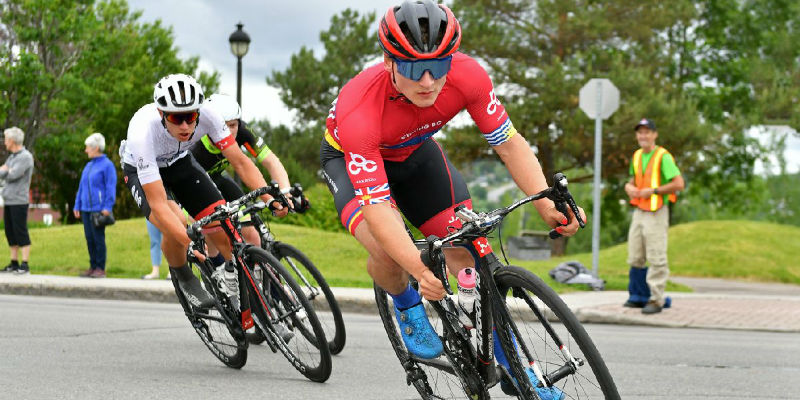 Riley Pickrell, nominated for Junior Male Athlete of the Year, is a current Canadian Sport School Victoria student in his grade 12 year.

Three Cycling BC members have been nominated for the 53rd Annual Sport BC Athlete of the Year Awards, the longest standing sport recognition event in Canada honouring BC’s outstanding amateur athletes, coaches, and officials. The 53rd Annual Awards Ceremony and Gala dinner is set for Wednesday, March 13, 2019 at the Fairmont Pacific Rim where the winners will be honoured and presented their awards for their outstanding performances in their sport over the 2018 season.

Finalists for 14 of the 18 award categories have been named including three Cycling BC members representing the sport of cycling. Tristen Chernove of Cranbrook is nominated for the Athlete with a Disability category, Richard Wooles of North Vancouver for Male Coach of the Year, and Riley Pickrell from Victoria is nominated for the Junior Male Athlete of the Year Award.

“Each year the Athlete of the Year Awards selection committee reviews all nominations and recognizes the talented and deserving athletes, coaches and officials”, notes President & CEO of Sport BC, Rob Newman. “The nominees for the 2019 Sport BC Athlete of the Year Awards represent 25 sports and 16 various cities who are all representative of the strength and depth of sport development in our province over the last 53 years. Each year, we are grateful for the support and contribution of our sport and business partners and volunteers.”

“It’s no secret, BC boasts many of the top athletes in Canada, we reviewed an impressive list of candidates for awards consideration.” says selection committee chairman Bernie Pascall. “The excellent group of finalists, reflects the remarkable degree of sports development in BC.”

An additional six awards will be presented at the ceremony including the Best of BC, KidSport BC Community Champion, Harry Jerome Comeback, Daryl Thompson Lifetime Achievement Award and In Her Footsteps Honourees.

View the official announcement and list of finalists (PDF).

Tickets are now available through www.sportbc.com