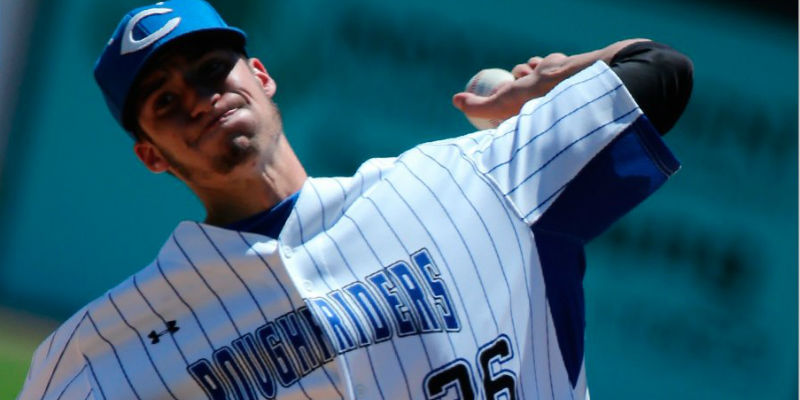 In his first year as a Bantam AAA Eagle, the hard work and extra practice put in by Kobe Morris was motivated by his dream of one day playing NCAA Division 1 baseball. As he progressed through the Victoria Eagles Baseball program, his coaches, recognizing the potential and dedication of the young player, provided the opportunity for Kobe to develop his skills. His goal was to be good enough to compete in college baseball upon graduation from Eagles Baseball.

And he certainly has competed. After a stellar freshman season at Crowder College in Neosho, Missouri (http://crowderathletics.com/sports/bsb/index) that saw his Roughriders team qualify for the 2017 JUCO World Series in Grand Junction, Colorado where he was named to the all-tournament team, Kobe continues to pursue his dream of playing elite Div. 1 baseball.

The 2018 season has seen Kobe jump off to a fast start. Two weeks into the season, he was the number three hitter in U.S junior college ranks with a .680 batting average. After sixteen games, Kobe leads the Roughriders in just about every offensive category – .480 BA, 4 HR’s, 6 SB’s, .880 SLG. In a 2-1 win over rival Seminole State College, Kobe crushed two solo home runs to provide all the Roughrider offense for the win. This last weekend, in a 9-1 win over North Iowa Area Community College, and with a coach from a prominent Div. 1 university in the stands, Kobe went 3 for 4 with a double and six rbi’s.

The Head Coach of the Roughriders, Travis Lallemand, is not short on praise for Kobe’s contributions to his squad’s 12 and 4 record so far in 2018, “Kobe is one of the best players in the country and has been playing like it all year.  He is a versatile player and has been playing both short and third.  Kobe brings a lot to the table in team leadership and has been a great example for our freshman players.”

The upcoming weeks of baseball in the mid-West junior college circuit promise the exciting realization of the young Kobe’s baseball dream. Eagles players, coaches, families, and fans are watching and cheering him on!