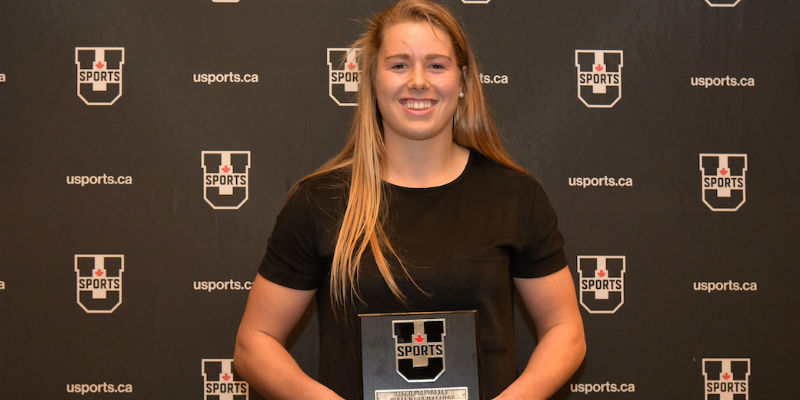 The Canadian Sport School (CSS) and Canadian Sport Institute Pacific are thrilled to see two of their recent graduates bring home a couple of the top rugby honours from the U SPORTS Awards Gala in Hamilton, Ontario this week.

Sophie de Goede (CSS Victoria – Class of 2017) won the top honour of Player of the Year.  De Goede plays as the No. 8 for Queen’s Gaels and served as the team captain and helped Queen’s win a provincial silver medal.

Rori Wood (CSS Victoria – Class of 2018) took home Rookie of the Year honours, playing lock for UBC in her first year at the school.  She played in every minute in every game as a true freshman.  Wood was also the youngest player selected to attend the senior national team’s West camp in May.

De Goede and Wood continue in the line of very successful rugby athletes that have graduated from Canadian Sport School Victoria, with fellow alumni Charity Williams (CSS Victoria – Class of 2015) who won a bronze medal at the Rio 2016 Olympics in Rugby Sevens.

Read more about these athletes and the awards they won here: https://usports.ca/en/championships/rugby/f/news/2018/10/4147299665/major-award-winners

Find out more about Canadian Sport School at: http://canadiansportschool.csipacific.ca

Find out more about Canadian Sport Institute Pacific at: http://csipacific.ca